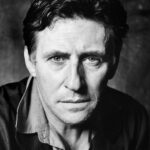 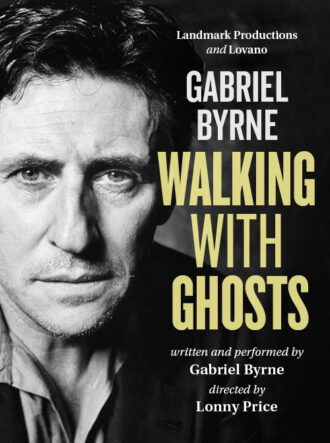 Additional tickets for Walking with Ghosts are now on sale via Ticketmaster here. In line with the lifting of restrictions, venue capacities have increased from 50% to 100%.

Please Note: Performance times from Thursday 27 – Sunday 30 January will remain at the earlier start times. Performances from 1 – 6 February are not affected.

Written and performed by Gabriel Byrne

Gabriel Byrne on stage. In his own words.

Walking with Ghosts is a homecoming.

Gabriel Byrne returns to the Gaiety Theatre for the world premiere of Walking with Ghosts. This unmissable theatrical event, directed by Emmy award-winning director Lonny Price, will play for 12 performances only from 27 January – 6 February 2022.

As a young boy growing up on the outskirts of Dublin, Gabriel Byrne sought refuge in a world of imagination among the fields and hills near his home, at the edge of a rapidly encroaching city.  Moving between sensual recollection of childhood in a now almost vanished Ireland and a commentary on stardom in Hollywood and on Broadway, he returns to his home town to reflect on a life’s journey.

By turns hilarious and heartbreaking, Walking with Ghosts is a lyrical homage to the people and landscapes that ultimately shape our destinies.

Running Time: 2hrs and 10mins including a 20 min interval

In line with government guidelines, every precaution will be taken to ensure your visit to see Walking with Ghosts is safe. These include: