“Outstanding. The best performance we've seen in a very long time. You'll be crazy to miss it”. 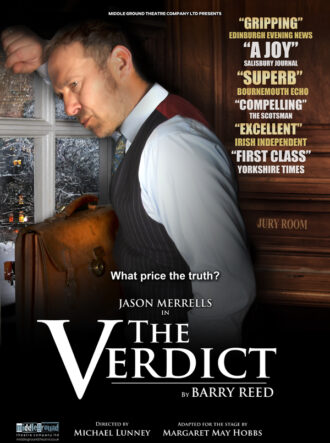 Set in the Irish enclave of Boston, this is the powerful bestselling courtroom thriller that inspired a multi Academy Award-Nominated film starring Paul Newman.

Frank Galvin is a washed up veteran lawyer and an alcoholic. He is presented with one last chance to redeem himself when he is given an open-and-shut medical malpractice case that no one thinks he can win. Up against the unforgiving medical establishment, he courageously refuses an out of court settlement, believing it is negligence that has condemned a young mother. Smelling a cover up, he instead takes the case and the entire legal system to court…

This phenomenal and gripping courtroom thriller has been a huge success at theatres across the UK and Ireland.

From the same Company and director who bought you the sell out runs of Agatha Christie’s “A Murder Is Announced.”