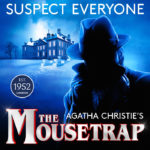 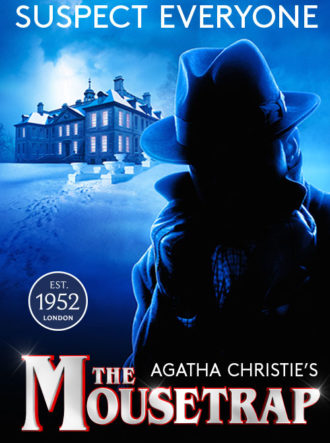 Discover why Agatha Christie’s The Mousetrap has kept people guessing for so long,
becoming the longest running show of any kind in the history of theatre. The Mousetrap
runs from March 30th to April 4th 2020 at Dublin’s Gaiety Theatre .
The timeless thriller returned to the road by popular demand in January 2019 and has been
earning standout reviews from critics and public alike as it continues to visit venues,
travelling the length and breadth of the UK and Ireland.
The Mousetrap has been delighting audiences for 67 years and the identity of the
murderer remains theatre’s best kept secret. This is the second major national tour of the
smash hit murder mystery following a record-breaking 60th anniversary debut in
2012 .
First seen in Nottingham in 1952 starring Richard Attenborough and his wife
Sheila Sim , The Mousetrap went on to become the world’s longest running stage
production following its West End transfer to The Ambassadors in 1952 and St Martins in
1973 where it has played ever since, continuing a record-breaking run with over 27,500
performances in London so far. The beloved murder mystery returns to the road following
the success of the first ever UK tour in 2012.
The scene is set when a group of people gathered in a country house cut off by the snow
discover, to their horror, that there is a murderer in their midst. Who can it be?
One by one the suspicious characters reveal their sordid pasts until the last, nerve-shredding
moment the identity and the motive are finally revealed.
Experience shuddering suspense and a brilliantly intricate plot where murder lurks around
every corner.