We are very much looking forward to bringing a new production of ‘The Cripple of Inishmaan’ by the great Martin McDonagh to audiences in January. The Gaiety is inextricably linked with the history of theatre in Dublin and we are keen to play our part in encouraging as many people as possible to experience great theatre.

The Cripple of Inishmaan 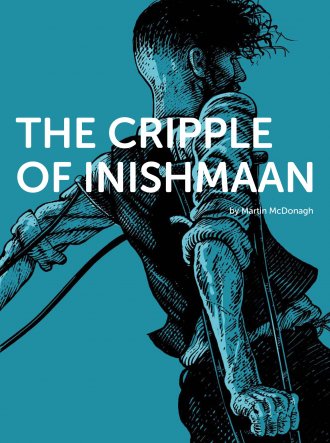 The Cripple of Inishmaan will be directed by Andrew Flynn who recently directed the hugely successful production of McDonagh’s A Skull in Connemara, and has a long association with his work including The Pillowman presented at the Gaiety in 2017.  The exciting creative team will include Owen MacCarthaigh (Set Design), Ger Sweeney (Scenic Artist and Sculptural Effects), Sinead Cuthbert (Costume Design), Ciaran Bagnall (Lighting Design) and Carl Kennedy (Sound Design).

Martin McDonagh’s work is known and loved by both theatre and film audiences alike. The Cripple of Inishmaan is set on the small Aran Islands community of Inishmaan (Inis Meáin) off the Western Coast of Ireland in 1934, where the inhabitants are excited to learn of a Hollywood film crew’s arrival in neighbouring Inishmore (Inis Mór) to make a documentary about life on the islands. “Cripple” Billy Claven, eager to escape the gossip, poverty and boredom of Inishmaan, vies for a part in the film, and to everyone’s surprise, the orphan and outcast gets his chance…. or so some believe.